From the Ground Up: How Heat Treatment Plays a Role in the Extraction of Petroleum 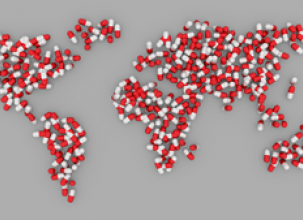 The Importance of Drying in the Pharmaceutical Industry - Part 1

Pills have been around since about 1500 BCE, when ancient physicians would mix medicinal plant powders and spices with bread dough, honey or grease, and then form the mixture into little balls to make the medicine easier to take. The ancient Greeks used the word Katapotia, or “something to be swallowed,” to describe these round balls. Roman naturalist Pliny the Elder (23-89 CE) referred to such formulations as pilula, a word that eventually evolved into “pill.” Archeologists have unearthed grooved pill-makers from ancient Roman ruins. Early drug makers would use clay as an excipient to bind the ingredients of the
Read more
Showing 1 - 1 of 1 blog posts